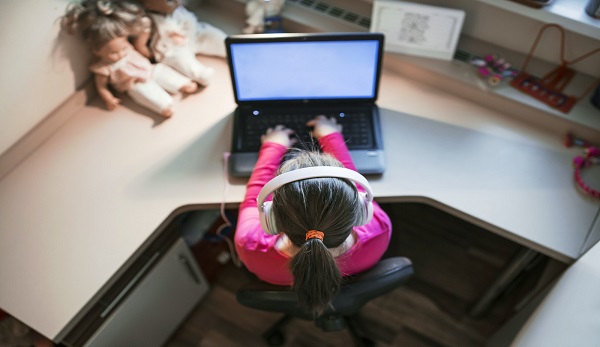 For kids 10 and under, there are many games and toys that help them understand the building blocks of computer programming. For example, Bitsbox delivers a physical box to your home every month containing a kit of projects, and then your young child can log in to Bitsbox’s online platform to program their own version of these projects. The apps are selected based on difficulty and interests – they offer anything from interactive birthday cards to Tetris-like games. The apps can then be easily shared onto phones and tablets.

The Osmo is an iPad-based programming game system that incorporates physical blocks to write code. Using a set of magnetic blocks, your child controls Awbie, a cute character who must navigate the different levels of the Osmo universe. The physical blocks must be connected together logically so that Awbie can move on the screen, using commands like “move,” “turn,” and “repeat.” The Osmo is ideal for kids as young as five years old because they don’t need typing skills to learn the basics of programming logic and to practice their critical thinking skills. After your child has mastered Awbie, they can move onto Osmo’s other products like Coding Jam, which uses a similar block system to generate digital music, and Coding Duo, a more advanced version of Coding Awbie with multiple players.

Cubetto is a completely screenless coding toy for kids 6 and under. Cubetto is a wooden robot that is programmed by placing colored blocks onto its surface, which instructs it where to move. The Cubetto is placed on top of different maps, mazes, and books. For example, in one challenge Cubetto must navigate around a big urban city. In another, he is in ancient Egypt, learning about pyramids, hieroglyphics, and the Sphinx. This is a great toy that encourages active play and critical thinking without any screens.

For older kids who love robots, the Anki Cozmo is a palm-sized robot, built with facial recognition, self-maneuvering capabilities, and an “emotion engine” to respond to real-world situations. It comes with a Code Lab app for users to program the Cozmo’s movements and responses to different environments. Code Lab is built on Scratch, a visual programming language. For example, you can use Code Lab to program Cozmo to move around and write his name, or to approach a human and Cozmo recognizes his or her face. There is even a more extensive software development kit to tap into the Cozmo’s computer vision capabilities and third-party integrations (like with Google Assistant and Android). Kids can also play games with Cozmo like Memory Match and Keepaway.

If your child is interested in building hardware, the Kano might be the best toy for them. With the Kano, you follow a storybook to build a simple computer. The kit comes with a power supply, Raspberry Pi (the chip that powers the computer), keyboard, SD card, and optionally a microphone and an HD touchscreen. Once built, the touchscreen version allows you to program your own art, games, and music. The coding starts with a block-based environment, but for more advanced students, there are projects available in Python and Javascript programming languages.

Many kids this age love Minecraft, an open-ended game where users can build their own worlds and experiences using the resources they acquire. Building in Minecraft is very Lego-like, where the pieces are varied and fit together in infinite combinations. Given the nature of Minecraft, “modding” the game is extremely popular, where you create new items, resources, and functionality by programming extensions to Minecraft’s code. The most popular mods, for example, add new animals, crops, and furniture pieces to the game; allow you to monitor and control your inventory more efficiently, and even introduce magic and wand-making into the game. While modding Minecraft was not designed for beginning programmers, there are sites dedicated to helping kids learn how to mod with online tutorials like LearnToMod and books like Coding with Minecraft.

There are also many online-based games and platforms for students to start learning to program. CodeCombat offers a series of online levels in settings like the Kithgard Dungeon and the Backwoods Forest. Students gain points by completing challenges so that they can advance to the next level and buy power-ups. CodeMonkey is another online game where the student moves through a series of challenges in tracks like Coding Adventure and Coding Chatbots. The main language they focus on is CoffeeScript.

For students who want to take a more rigorous course, Khan Academy offers self-paced courses in HTML, CSS, and Javascript, focusing on website and game development. These courses include online videos, written explanations, and coding exercises.
This article originally appeared on junilearning.com.